Wealth, danger and other factors can change your preference for long-term or casual relationships

The following article written by Dr Andrew G. Thomas was originally published by The Conversation.

Do you prefer vanilla ice cream or mint chocolate? Chances are you prefer one over the other, but liking one doesn’t necessarily rule the other out. Even the most die-hard vanilla fans might be tempted to try a new brand of mint chocolate if the circumstances are right.

Could relationship preferences be the same? While men and women typically seek long-term partners, the prevalence of one night stands, affairs and “friends with benefits” arrangements suggest that humans also have a taste for casual sex.

Evolutionary psychologists believe that human relationships tend to fall into one of two camps – long-term committed mating or short-term casual mating. Both would have led to reproduction among our ancestors, but which provided the best outcome would have been dictated by societal and environmental circumstances, for example, the availability of resources.

In times of plenty, ancestral men and women would have been able to mate casually with fewer consequences than normal. Men who mated with women and then left had a fair chance that any resulting offspring would survive with little to no investment on their part. Women, in turn, could mate with a highly attractive man who was unlikely to stick around, knowing that any resulting offspring would be likely to both survive and possess the high quality genes of their father.

Change the circumstances, so that the environment is now resource poor, and the consequences of short-term mating also change. It becomes more difficult for young to survive and thrive with just the investment of their mother and her family. Under these conditions, seeking long-term committed partners, would have been more beneficial.

Due to the varying benefits of short and long-term relationships, humans have evolved to be “mixed strategy” maters, retaining a preference for, and capacity to engage in, both long and short-term options. We can still see this today when people are asked to describe the characteristics they prefer in a potential suitor. Both sexes tend to say different thingsdepending on whether the suitor is a prospective casual or committed mate. For example, good looks are more important in casual partners, while traits like kindness are more important in long-term partners. 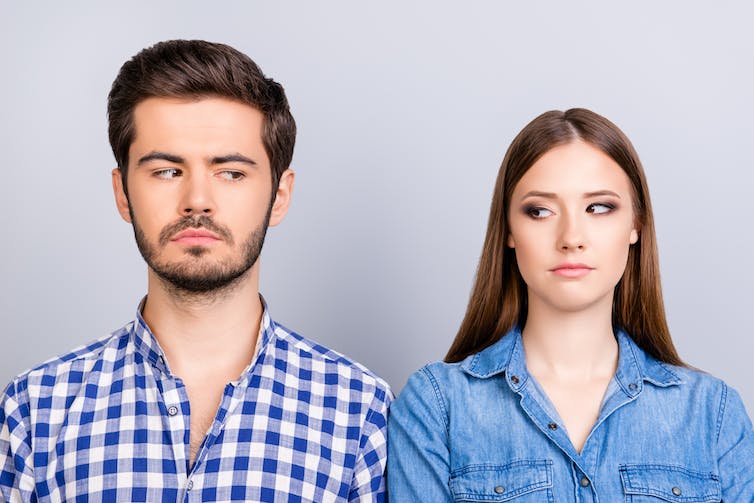 Time for a change? Roman Samborskyi/Shutterstock

To date or not to date

We chose signals that may have impacted the effectiveness of each type of mating in our ancestral past. For example, to signal resource abundance, we exposed participants to a slideshow of luxury items including jewellery, fast cars, and mansions. We also signalled the need to care for young children and the presence of dangerous animals in a similar way.

In every experiment, we found changes in relationship preferences in line with evolutionary predictions. Most notably, we found that, relative to a control group, participants shown cues that the environment was resource-rich tended to show an increased preference for short-term mating. Importantly, preferences for long-term mating didn’t change.

Does this mean the end of relationships as we know it? Unlikely. It’s probably not the case that showing your partner pictures of jewellery and fast cars will cause them to become promiscuous. If our mate preferences were that fragile, then enduring relationships wouldn’t exist. However, if someone were to be exposed to strong and persistent signals that their environment had changed in some way – following a job promotion, or during an economic recession, for example – then this might cause them to change the type of relationship they want.