The problems that occur when health data is not used

Health data is more than just statistics or numbers. It can be collected, used and shared in lots of different ways. But ignoring certain medical data has the potential to change the way you are treated, how your care is provided and what happens to you as a result. 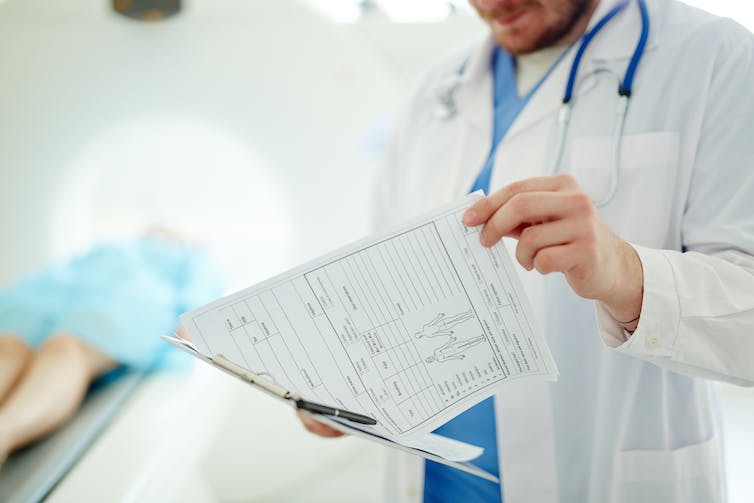 When you visit a doctor or hospital, the questions you’re asked, and treatment you’re given are all taken down in medical records. These are confidential, but when anonymised this information holds immeasurable potential for public benefit, so long as it is used safely and effectively. All of this information combined ultimately forms the evidence for new clinical guidelines, drug development and government health policy.

However, because it could have such a big impact, the data needs to be relevant, accurate, comprehensive and timely. But despite the best will in the world, and various high-profile campaigns to promote data use, important data often lies unused.

We have recently completed an international study looking at clinical records, research, and regulatory frameworks, to find out why such useful data is often not used, and to explore the implications of this for citizens and society.

We found that there are many reasons for the non-use of health data, and that it is strongly implicated in the deaths of many thousands of people and the potential waste of billions of pounds.

The UK’s NHS is held in universal high-regard, but it’s common knowledge that hospitals, doctors’ surgeries and other health services are overstretched. We found that this includes IT systems too: their availability varied considerably between each location, often with a continuing reliance solely on paper records. There were limitations on data completeness and availability, and a lack of data sharing between departments too. This has knock-on effects for clinical audits and research relying on the records – to the disadvantage of patient well-being. At the patient level, this may mean tests need to be repeated and treatments delayed. It can also impact the ability of clinician to make an accurate diagnosis.

Although the majority of errors are corrected in good time or have little ill effect, it has been estimated that 40,000 to 80,000 deaths a year in the US alone are due to misdiagnosis. There will be other reasons, but the non-use of clinical data is highly likely to be a major contributing factor. The high demand on staff to uphold standards of care as a priority, along with other service constraints and budget limitations, means problems persist in relation to clinical data collection and use. 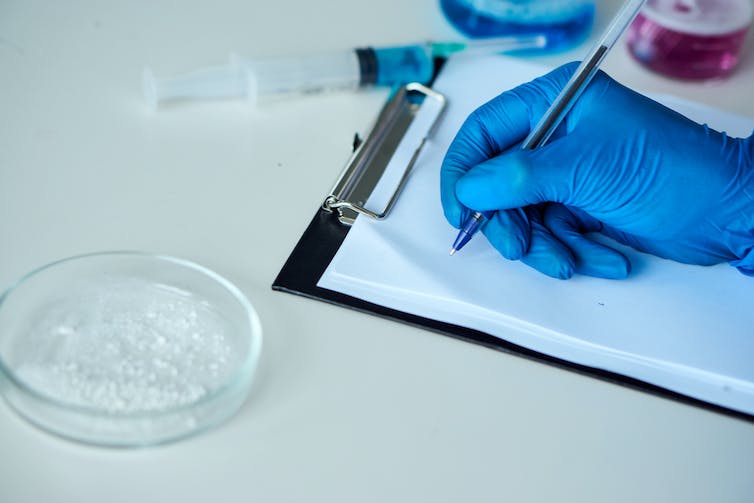 We also found that research carried out by pharmaceutical companies and universities was subject to various types of data non-use. Sometimes data were withheld intentionally, but in the majority of cases research is conducted with integrity and problems are inadvertent.

Pharmaceutical companies have been known to delay, or selectively use, clinical trial data for market advantage to the detriment of individuals and healthcare budgets. And even within academia the pressure to perform can influence work carried out and subsequently published. Furthermore, peer-reviewed journals strongly favour publishing positive results, making it harder to share valid but negative or inconclusive findings. Altogether, this leads to publication bias.

In his 2012 book, science writer Ben Goldacre stated that over 100,000 people died in the 1980s due to the inappropriate use of one particular heart drug. Sadly, there had been a small, previous study that indicated a likely problem, but it hadn’t been published at the time. Now there are initiatives like the AllTrials campaign which strive to promote the proper reporting of clinical trials. Even so, it has been estimated that less than 50% of findings are reported within two years of study completion. Clearly, more needs to be done here and across the spectrum of research studies to ensure data are used in a timely way.

Our research also found that problems in using data arise due to regulations for the proper use of data about people. These exist to safeguard patients, the public and professionals. Sometimes, however, these regulations may be implemented in an over-cautious manner, and/or there may be lengthy processes to follow before the data can be used. This may be due to unclear responsibilities or the fear of making a serious mistake.

Sometimes relying on the need for individual consent can limit studies about groups that are difficult to reach, as well as problems such as substance misuse, and any issues seen as sensitive. In the US, for example, people’s records with information on substance misuse have been withheld from research datasets because of privacy concerns. Without being able to access data on this difficult problem, research that would help individuals and their families may be delayed or abandoned. The problem of substance misuse is associated with over 60,000 deaths a year in the US alone, vast costs to society and untold emotional damage.

The implications of data non-use are massive, but none of these problems stand in isolation. It is fully appreciated that there are often very good reasons that health data cannot be used to its best advantage, but there are also many areas where improvements can be made. Clearly, every step in data collection and use is crucial if we are to avoid harm due to non-use.

It can been argued that data non-use is a greater risk to well-being than data misuse. The non-use of data is a global problem and one that can be difficult to quantify. As individuals, we have a role to play in supporting the safe use of data and taking part where we are able.