Muslims can and do celebrate a traditional Christmas

The following article written by Dr Nilufar Ahmed was originally published by The Conversation. 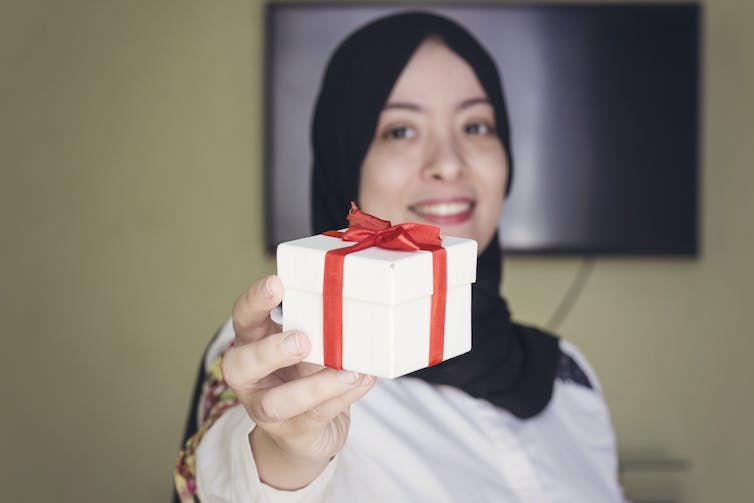 In the classic festive film Miracle on 34th Street, character Kris Kringle declares that “Christmas isn’t just a day, it’s a state of mind”. If this is true, then it would appear that, for many in the UK, the current state of mind seems to be one that is laden with xenophobic tones.

Tesco recently released its Christmas advert showing families up and down the land coming together for Christmas. However, rather than taking inspiration from the supermarket giant’s “Everyone’s welcome” slogan, some viewers took it upon themselves to voraciously complain about a scene which shows a Muslim get-together on Christmas day.

Twitter was aflame with a range of accusations, including anger at the removal of references to Christianity from the Christmas advert – despite no other major retailer taking a religious tone in their promotions.

Tesco has defended its position and stressed that the advert focuses on families coming together. However as some have pointed out, while the supermarket promotes an inclusive ethos, it doesn’t stock Halal turkeys for those who might fancy a traditional dinner.

We are about to enter that time of year when false accusations and fake stories are circulated – nativities being banned, no Christmas carols allowed in schools, the word Christmas being replaced by “holiday” – all allegedly because Muslims will be offended. This is not remotely true, and despite Muslims and Muslim groups repeatedly stating that far from being offended, Christmas is an enjoyable time for them, it does nothing to stop the rumours’ annual perpetuation.

Those that object to the inclusion of Muslims in Christmas campaigns and celebrations are likely the same Islamophobic people who accuse Muslims of not integrating – but at the slightest indication that Muslims are integrated (as so many are), start to object at Muslims “taking over”.

There is something about Christmas that brings out the Muslim hatred in some people. When popular Great British Bake Off winner Nadiya Hussain wrote about her favourite Christmas recipes, rather than delight in the new twists on old favourites, some commenters claimed that apparently as a Muslim she had no right to cook festive foods.

But what is it that Muslims do at Christmas, if they have no religious link? The fact is that Muslims do the same as everyone else who is not a practising Christian at Christmas. They spend time with loved ones, enjoying the holiday period. There is no requirement that one be a Christian to enjoy the season after all.

Almost certainly Muslims will be sitting down to a large family get-together at Christmas, facilitated by bank holidays and extra days off. Presents are shared, but usually because it is some time since the family has all been together. I, for example, have presents for my nieces and nephews that I bought in the summer, which they’ll receive them at Christmas because I haven’t seen them since then.

If anything, it can be argued that Muslims and migrants embody the true spirit of Christmas in the best possible way: devoid of enormous demands and expectations, perhaps they are the ones that truly exemplify the spirit of togetherness, sharing food and company. One where there is no pressure to come up with hordes of gifts, or to cook a turkey and all the trimmings, or worry about how your presents will stand up to comparison.

The Christmas season has become one fraught with tension and emotion. The average UK adult spends near to £300 on gifts with the average family cost of Christmas hitting around £800. Increasing numbers of people are borrowing ever growing amounts and using credit cards to fund and meet the expectations of Christmas. It has rapidly become the season of spending.

That doesn’t mean there is no stress in Muslim families, but the expectation and pressure is less. There is plenty of consumerism – the joyful knowledge that all the Christmas goodies can be bought at a fraction of the cost in the sales is very alluring for any savvy shopper, Muslim or not.

As for the Twitter ranters who want Muslims to stick to celebrating Eid as their Christmas, please do campaign for a national holiday, we will support you. Until then, if you want to book annual leave to celebrate Eid like Muslims have to, there is nothing stopping you, and you are guaranteed a warm welcome at the many celebrations across the country.