Being Human festival returns to Swansea for fourth year running

Swansea University’s Research Institute for Arts and Humanities (RIAH) has once again been chosen as one of five hubs for Being Human 2017, the UK’s only national festival of the humanities

Following a successful grant application to the festival organisers, Swansea University will once again feature as the only Welsh hub for Being Human and will share with Nottingham the proud distinction of being named a festival hub for three consecutive years. The other festival hubs are Queen’s Belfast, Dundee & Glasgow.

‌The festival, now in its fourth year, is led by the School of Advanced Study, University of London, in partnership with the Arts & Humanities Research Council and the British Academy. This partnership draws together the three major bodies dedicated to supporting and promoting humanities research in the UK and internationally.

In 2016 Being Human featured over 250 events in 45 towns and cities across the UK, engaging the public with big questions, big debates and innovative activities.

With a theme of 'Lost & Found', this year's celebration of the humanities is taking place nationally from 17th – 25th November 2017.

Swansea University, which sits within a sprawling city full of character, song and breathtaking and diverse landscapes will bring a wonderful series of FREE creative activities to the Swansea Bay region and its hinterlands under the theme of ‘Voices, Faces and Places’.

The events, which will be suitable for a wide variety of ages, will range from public talks, performances and creative workshops to exhibitions and interactive engagements.

Amongst a diverse and interesting series of activities, you'll be able to rediscover Egyptian amulets and guardian demons, uncover family histories relating to the British Empire, make faces and stories, take multilingual snaps and even have a medieval makeover! You can also make your voice heard through an open mic evening of poetry and song, or discover lost and new voices in our multilingual city. There really is something for everyone!

These events will be delivered by Swansea University’s Research Institute for Arts and Humanities (RIAH) in collaboration with a range of partners from the Swansea Bay area.

Dr Elaine Canning, Head of the Research Institute for Arts and Humanities at Swansea University, said:

“We are delighted to be hosting a festival hub as part of Being Human 2017 and wish to thank the festival organisers for giving us this exciting opportunity to  bring our research into the community once more."

“The Being Human festival has become a key fixture in the calendar for Swansea University and the city region and we very much look forward to engaging creatively and imaginatively with the public in November.”

Take a look at some of the images of events from last year's festival via our Flickr account. 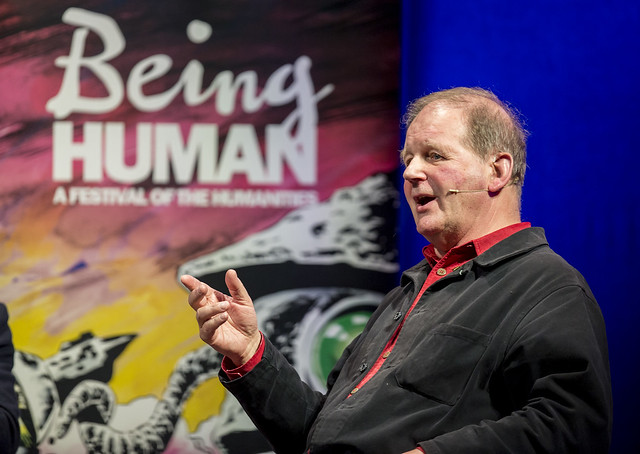 Find out more about the 2017 Festival of Humanities at Swansea.